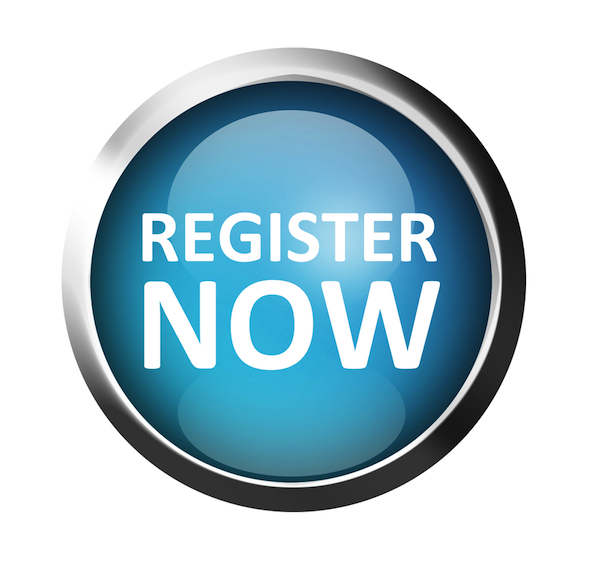 Academia’s fledgling library, opened less than a year ago, is growing at a phenomenal pace, with donations from well known authors and the general public. For the learners it is starting to become a destination of choice during breaks and in the afternoons.

At the moment there are just under 3000 books in the library. As Ms Gouws, in charge of the library, pointed out on Library Day, it is not just old books that were donated, but a large number of contemporary works. Brand Pretorius, the respected business leader and motor industry veteran, is the latest donor. He has donated specially dedicated copies of his book “In the driving seat” and “Aan die stuur” on ethical, inspirational leadership in action to the library. World famous cartoonist Zapiro has also promised, through his agent, an e-book collection of all of his works once the digitization process has been completed.

Donations from the public are still rolling in. Hermanus library kindly donated books and posters. A subscription to IBona magazine, the first magazine specifically for the Xhosa learners was received. The library would really appreciate any Xhosa books, an area where there is still a great shortage of material. The Western Province Education Department has also installed a number of special reading desks to optimise the use of space in the library..

Library Day was celebrated in style on the 23rd of April 2013. The library was decked out with flags of the world and there were exhibitions to illustrate the value of books. A very successful pancake sale was also held to raise funds to purchase more books. 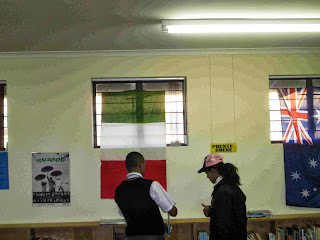 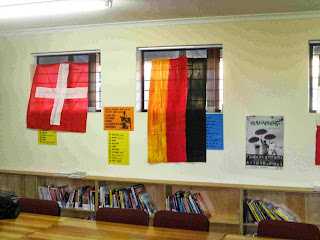 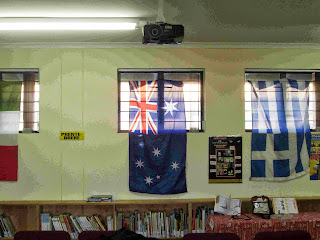 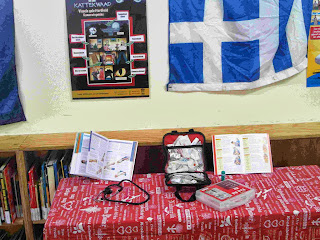 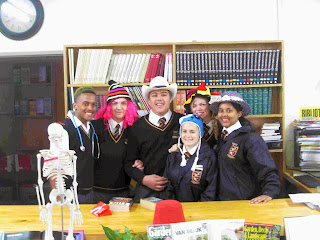 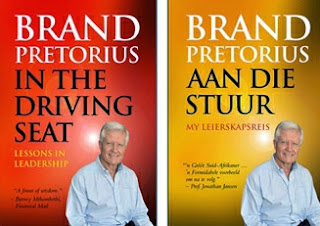